This list does not include iconic weapons which need to be crafted – check out our guide to crafting spec locations for those.

Iconic weapons include the crafting spec, so they can be crafted and upgraded.

Before you dig in, our advice is to not worry too much about collecting all of these unless you’re a neurotic completionist. The main advantage we found is that some of these iconics can drop at a significantly higher DPS than world drops at certain points in the game, like the Lizzie.

Cassidy’s mods improve this revolver’s handling and firepower, making it the most lethal revolver in the Wild West.

Deals Electrical damage with a chance to apply Stun and has significantly reduced recoil. An angel of a weapon with a devil’s attitude.

Resembles an ordinary shovel from a different dimension.

Electricaly charged and tippled with venom, it deals Electrical and Chemical damage. Small chance to apply Poison and/or shock.

A modified automatic targeting system allows the weapon to target up to five targets simultaneously. Bullets deal Chemical damage with a high chance to apply Poison.

Fires 4 rounds per shot. Increases damage, rate of fire and the chance to dismember at the cost of increased recoil and bullet spread. Highly dangerous, highly messy.

Deals Thermal damage with an increased chance to apply Burn. Reduces bullet spread and increases bullet impact at the cost of higher recoil.

Rounds per shot increased to 4. Increases magazine size, projectile speed and can target up to 6 targets simultaneously. Bullets deal additional Electrical damage with an increased chance to apply Shock.

Thanks to highest-grade mods, the user can take advantage of ricochet technology even if they do not possess the required cyberware. Reduced recoil and an increased rate of fire make up for the smaller magazine size. It’s as deadly as it is elegant.

Fires an extra round per shot. Increases the number of rounds fired per shot when fully charged. 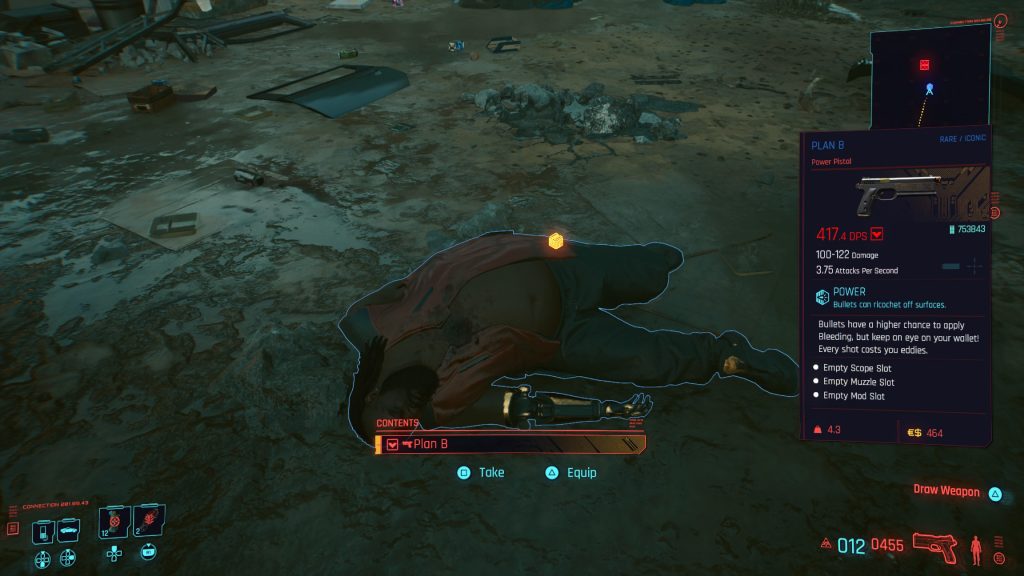 Bullets have a higher chance to apply Bleeding, but keep an eye on your wallet! Every shot costs you eddies.

Fires explosive rounds. The modified automated targeting system guides bullets to up to 3 targets while aiming. Perfect for when you’re outnumbered.

Use as per instructions. Remember to get consent. 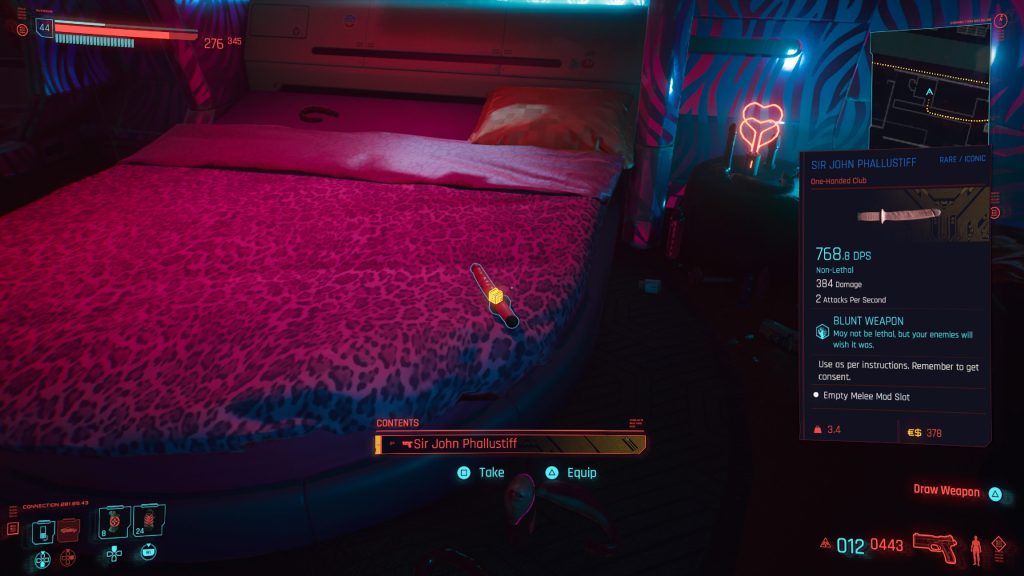 Deals less damage, but with a chance to knock out a target using a Strong Attack.

This is such an elegantly designed guide, I hope this is the first game of many.